Why do Poles prefer cash to electronic money? 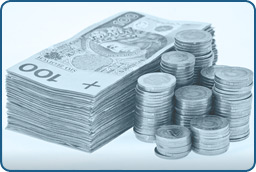 Nearly three out of four Poles prefer to pay with cash when shopping, according to a survey by PMR. Responses concerning use of payment cards indicate a gradual change in Poles’ commitment to cash.

Cash remains still the most popular means of payment

Although 14% of the respondents stated that they used a credit card, just 4% mentioned this form of payment as the one they used most frequently. Cash remains the most popular payment method in Poland, as identified by 74% of the respondents. Though nearly one in two (48%) said they used a debit and charge card, only 22%, i.e., about one-fifth of this group, use them intensively enough to describe them as their main form of payment.

Since 1998, the structure of the contribution of each type of card has been changing. Of these three types of cards, debit cards remain the most popular (on average 79% of all types) due to their method of accounting; the share of credit cards, however, is increasing (from 2.4% in 1998 to 21.7% at the end of).

Payment with cards mostly in supermarkets

Among payment cards users, the largest group of people are those who only have one card. Among those who use debit and charge cards, 75% have one card, 20% have two cards, and 5% have three or more. The vast majority of credit card users – 75% – have only one card; 20% have two cards; only 5% have three or more.
The results of PMR’s research confirm statistics from the National Bank of Poland: among Poles, the highest level of being “carded” is found among young people with higher education living in cities.

“The Polish market for payment cards, although smaller than seen in Western European countries, is innovative and is continuously evolving”, according to Marcin Rzepka, Head of Research PMR Services. “We are still catching up to the EU15. NBP and PMR data showed that Poles are getting used to non-cash transactions and are using so-called electronic money more and more. At this stage of the implementation of smart cards (proximity payment cards), there is not much of a difference between Western European countries and Poland”- he adds.

Why are Poles unconvinced about payment cards?

Out of the total sample of respondents, 52% said they did not use a debit or charge card. The most popular reason is that they had never needed one (50% of non-users of debit and charge cards). The second most frequent answer given for not having a debit or charge card, mentioned by 13% of those without them, was lack of trust in this payment method, around 6% fear they would lose control over their spending if they owned a debit card.

The proportion of respondents who do not use a credit card is still higher, at 86%. The most frequent reason given for not using a credit card was lack of need (64%), followed by lack of trust (13%) and fear of loss of control over one’s spending (10%). Around 2% of the respondents without a credit card said they did not have such a card because their bank had never offered them one.


The nationwide consumer survey was conducted by PMR in April on a representative sample of 600 adult Poles, with a maximum estimation error of 4%. The Data from the National Bank of Poland comes from publications available on the NBP website.