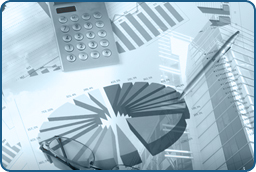 Most of the companies that participated in the survey – between 57% and 71% of the respondents, depending on the sector – plan to maintain their outlay on public relations in at the same level as In according to a recent study conducted jointly by PMR and ComPress.

In we don’t expect Polish companies to significantly alter their expenditure on public relations. Only a small proportion of respondents (14%) indicated that they would increase their PR budgets. Fifty-seven percent of the surveyed companies said that they would increase their PR spending by no more than 10%. Only a few of the surveyed companies plan to increase their outlay in this area by up to 30%. The banking and finance sector contained the highest percentage (28%) of companies anticipating larger PR budgets. Other sectors with positive changes will be the retail and wholesale industry (18%) as well as IT and telecommunications (17%).

Our analysis found that 15% of the respondents plan to reduce their spending on public relations activity. Of the companies that plan to cut their PR budgets, 56% intend to decrease spending by 10%. Just 2-3% of these companies plan larger reductions of 30% or more. The sector with the highest share (36%) of firms planning to cut their PR budgets is government and local government administration. The area least affected by reduction of outlays is banking and finance (8%).

In order to get a better picture of the outlay structure planned for, we asked respondents to address individual areas to be affected by spending increases or cuts. The survey results indicate that increased spending will mainly be connected with the typical PR tools: media relations, product PR, and online PR.

In ranking the areas, that will receive additional budget funding, sales support and internal communications, are high on the list. This may suggest that companies are preparing for difficult market conditions found in times of economic crisis. These companies are recalling that their PR activity must increase sales as well as reinforce the company’s image among their employees.


The areas of public relations which will be affected by reductions include mainly: media relations, internal communication, online PR, CSR (Corporate Social Responsibility), as well as product PR and sales support.


We found it interesting that respondents, regardless of whether they were discussing budget increases or decreases, to a large extent indicated the same areas of public relations. It seems that marketing and public relations divisions use a standard range of tools. They then look to solve their challenges within this tool set: either through budget cuts or by intensifying their PR activity.

Spending reductions, particularly at the level of management, are difficult for marketing divisions. This is due to the smaller budgets available for completing assigned tasks. Yet at the same time, the reduced expenditures provide a solid, convenient and external justification for the implementation of conservative strategies. Ultimately, the “cost reduction” argument is the final word.


The survey was realised by PMR and ComPress in November on a sample of 521 companies that employed over 100 staff and had a marketing/public relations department. Companies for the survey represented the following sectors: administration – government or local government level, banking and finances, wholesale or retail, ICT (IT and telecommunications), healthcare, as well as food and industrial production.